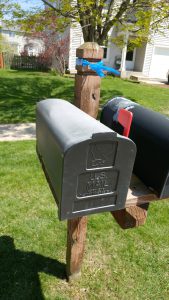 The U.S. Post Office: “One of the most civilizing influences in history.” – By Daniel Sheridan

On this day, July 26, 1775, the Continental Congress appoints Benjamin Franklin as the first Postmaster General. The Post Office has been called, “one of the most civilizing influences in history.” Let’s find out how.

In the late 1600’s, a New York Governor started a monthly postal service between New York and Boston. The Parliament extended the British post office to America in 1710 with its headquarters in New York. The route went as far north as Maine and as far south as Williamsburg, Virginia.

One historian describes how the process worked in the 1730’s.

“In ordinary weather a post-rider would receive the Philadelphia mail at the Susquehannah River on Saturday evening, be at Annapolis on Monday, reach the Potomac on Tuesday night, on Wednesday arrive at New Post, near Fredericksburg, and by Saturday evening at Williamsburg, whence, once a month, the mail went still farther south, to Edenton, N.C. Thus a letter was just a week in transit between Philadelphia and the capital of Virginia.”

One of the most famous Founding Fathers, Benjamin Franklin, became Postmaster-General of the colonies. Franklin was a member of that famous “Senate of Sages” who gathered in Philadelphia in the summer of 1787 to write our Constitution. Article 1, Section 8 of that document reads,

James Madison wrote about this provision in Federalist #42:

“The power of establishing post roads must, in every view, be a harmless power, and may, perhaps, by judicious management, become productive of great public conveniency. Nothing which tends to facilitate the intercourse between the States can be deemed unworthy of the public care.”

Madison was right! It certainly became a great public convenience and increased intercourse between the States. The post rider was a popular figure, sometimes even an eccentric. While riding he’d reach into his saddlebag and try to read the letters, or he’d be “knitting socks or whittling some article out of his stick.” The people began writing letters to their local newspapers, and, as a result, more newspapers sprung up all over the country making their way into every home. This made a huge impact on social culture.

In 1792 the postage rate was six cents for up to thirty miles; the rate gradually increased after that reaching to about twenty-five cents to anything beyond 450 miles.

During the first five years after our current Constitution went into effect (1789) the Congress made temporary provisions for the Post Office and Post Roads. But it was on this day, May 8, 1794, an act of Congress continued the Post Office indefinitely.

“No one of the executive departments contributes more to the comfort and convenience of the people than that of the post office. With its network of postal routes binding together the entire country, its thousands of post offices, and its army of officials engaged in collecting and distributing letters, papers, and periodicals, it is indispensable to the business interests of the people, and a civilizing influence of inestimable value.”

On May 8, 1794, the U.S. Post Office is permanently established, becoming one of the most civilizing influences in history.