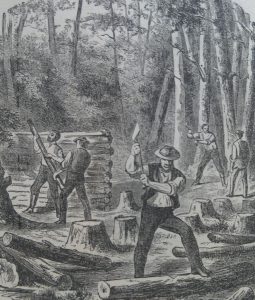 July 30th, 1619, is a day that should be remembered and celebrated by every American. To understand why let’s travel back in time to the Virginia colony, years 1612 through 1619, and examine the economic and political problems they were facing.

The Economic Situation before 1619

The colonists were suffering economically and wanted to improve their condition. Men like John Rolfe, the guy who married Pocahontas, started growing tobacco to sell at market, others followed his example. The Governor of the colony, Governor Dale, a tyrant, put a stop to the profitable trade just as they started making a profit. A few years later a more lenient governor, Governor Yeardley, lifted the restrictions and the trade started to prosper again.

There was another problem. All the goods in the colony were kept in a common storehouse and distributed equally among the people. Some called it communism, but it was more like corporatism. That means everything belonged to the company and the company provided for the settlers. There was no private ownership of property or in the fruits of one’s labor.

The system was a flop! One eye-witness said:

“When our people were fed out of the common store and labored jointly in the manuring of the ground and planting corn…the most honest of them…would not take so much faithful and true pains in a week as…he will do in a day on his own crop.”

People were given a living no matter how hard or little they worked, as a result, many slacked off. Why work hard if you’re going to be fed anyway? This system didn’t benefit anyone. Just the opposite, it brought everyone down to the same level of poverty – including those who worked hard.

Captain Argall was governor of the colony in 1616. He was a cruel, tyrannical, and greedy man. Argall ruled the colony with an iron fist for three miserable years. He proclaimed martial law in a time of peace and enforced his unjust laws with bayonet.

The colonists complained to the company and the company responded by appointing George Yeardley as captain-general to investigate the situation and right any wrongs.

Economically and politically the colony was a mess.

Yeardley arrived in Jamestown in April of 1619. After investigating the situation he sided with the colonists and abolished the oppressive laws of Argall. The colonists breathed a sigh of relief. To help prevent further abuses the company put a new government in place with a system of checks and balances.

First, they limited the power of the Governor by a counsel. This was to prevent another Argall 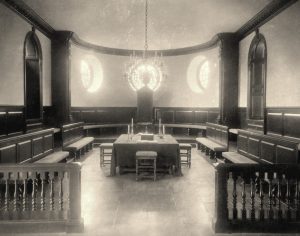 Second, they established a colonial Assembly so that the people could take part in the administration of public matters through elected representatives.

Then the company called on the people to elect representatives to the legislature. This Assembly, convened at the order of Governor George Yeardley, met for the first time on July 30, 1619. The assembly was called the House of Burgesses.

This was the first legislative body ever assembled in this country in which the people through their elected representatives made laws for their own governing. This meeting is the birthday of American free institutions.

The common system was also abandoned. Settlers were allowed to govern themselves, own land, and provide for themselves, and as a result, the colony started to prosper. 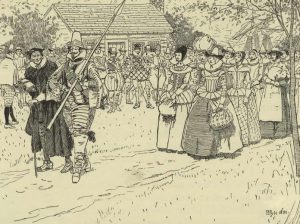 The next year, 1620, about ninety women of good character arrived in the colony; sixty more the next year. The farmers recognizing their worth married them and raised families. Domestic ties were now established in the New World, and, as a result, the colonists considered Virginia home and abandoned any thoughts of returning to England. The colony was now permanent.

Political and economic oppression is the background. Liberty was the cure. Prosperity followed.

Life, Liberty, and the Pursuit of Happiness

For an audio lesson of this story, click here: http://sheridanhistory.com/americas-story-lesson-55-the-birth-of-americas-free-institutions/

For further information on the Story of America’s Free Institutions, click here: http://sheridanhistory.com/law-and-government/